Mac and Cheese, If You Please

I grew up eating macaroni straight from a box. For me, macaroni and cheese only came in two forms, Kraft or Velveeta. Boil the noodles, mix in the packet and Voila! Honestly I don’t think I had ever eaten real macaroni and cheese until I was an adult and my dear friends, Shy and Celinda Miller, were hosting a cookout at their home. You see, in the Miller family, macaroni and cheese is somewhat of a staple and NOBODY makes macaroni and cheese like Shy’s Auntie, Shalawn Covert. When she opened the door and walked through the kitchen carrying that massive pan of ooey gooey, cheesy goodness I realized that my life would be forever changed. 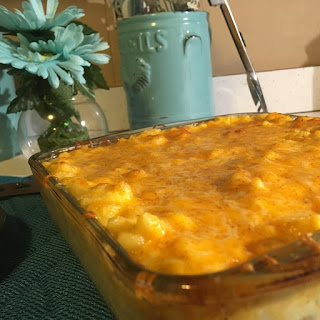 So when years later, someone started tagging @SalisburyFoodie in instagram stories featuring a Macaroni and Cheese Fundraiser I have to admit, I was both excited and skeptical. I followed the link and made my way to the ordering site for Aunt Lynn’s Mac Attack where I was greeted by a video of Aunt Lynn describing her food. The way that Aunt Lynn, and her entire family love this macaroni and cheese quickly put my mind at ease and somehow I just knew that this dish, much like Shy’s Aunties’, was made with tremendous love. My birthday was coming up and I decided to take the plunge and place my order. So, here’s how it works. You go online and select the order link. You can choose the basic macaroni and cheese or you can make a meal of it and add a wide variety of meats and veggies. After you place your order, you select a pick up time (generally on a Saturday) and you wait. A portion of every mac and cheese sold goes towards a nonprofit organization called Legacy of Love, established to provide support to teens in abusive relationships. 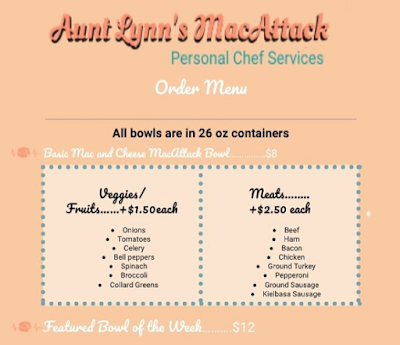 When I pulled into the driveway the following Saturday, cars were already outside waiting and chatting with Danielle Burris. A bright young girl was skipping from the door, anxious to find out who I was. “I am the Salisbury Foodie and I am here to pick up my order,” I stated and with a big smile on her face she ran back to the house. I sat patiently as Danielle finished up with the car ahead of me and in a blink the young girl was back to let me know my order would be out in 2 minutes. As I waited, Danielle made her way to my vehicle and introduced herself. We discussed the macaroni and cheese that was bubbling in the oven and being carefully packaged just for me. I was thrilled to show up at a cookout later that day with a pan of cheesy, baked macaroni that was sure to be a crowd pleaser. And as I sat and chatted with Danielle I had the opportunity to learn a little bit more about her and about the fundraiser itself.


Why the Legacy of Love?

In January of 2016, Danielle’s oldest daughter TaLisha Crowder was murdered by a young man that she had been dating. Danielle described her daughter as funny, a bit shy and full of love. In the Burris family, “we just love on people and try to help them by showing them real love,” Danielle said as she tried to explain the events that surrounded TaLisha’s death. TaLisha Crowder was a hard worker. She graduated from Rowan Cabarrus Community College and transferred into Pfeiffer University. She hoped to someday be a pediatrician and, like her mom, she believed in love and forgiveness above all else. Danielle said she had her concerns about the relationship but that over the years she had seen TaLisha’s then boyfriend trying to do better. “She said, ‘If you want to be with me you have to finish your education’ and he went and got his GED. Then she said, ‘if you’re going to take me out you will need a car,’ and he saved up and got a car,” Danielle told me. But on that terrible day in January, Danielle’s worst nightmares came true.  She had an eerie feeling that something had happened to TaLisha who was not responding to calls or texts.  After struggling to connect with the police, she had a friend drive her over to the station house.  “The officer looked at me as if he had seen a ghost,” she told me, sharing that she and TaLisha had always looked alike. Then he told her that her daughter had been found but that she was no longer alive. Danielle says that she still has heartshattering days when she can barely think of anything else, but that through grace and prayer she has found a way to move forward. 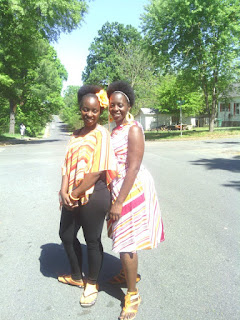 That is how Legacy of Love began. Danielle Burris dreams of a place where she can help young girls like TaLisha who have found themselves in abusive relationships. She hopes to provide teens with the resources to express what they’re going through and to get help. At the sentencing hearing, Danielle forgave the young man who shot TaLisha and encouraged him to seek God. And as she explained all this to me, I could not help but to empathize and more than that, I was overwhelmed by the amount of love that seemed to shine from a woman who had every reason to shut down. When she went on to tell me about Aunt Lynn and how, in the Burris family, HER macaroni and cheese is a staple, I knew I had something special in store. Aunt Lynn’s Mac Attack Fundraiser was born out of TaLisha’s own love for her Auntie’s recipe.


If you would like to support this family, their efforts to honor TaLisha, or if you just want some amazing macaroni and cheese, please consider placing your order. Follow this link to ORDER and be sure to let them know that the Salisbury Foodie sent you. If you have never found love in a bite of macaroni and cheese, this is your chance! Oh, and by the way, I did invite my friends the Millers over to try out Aunt Lynn's macaroni and Shy said it was great, but he still swears his Auntie's is better. And somehow, I just know that if TaLisha were here with us today, she would say the exact same thing. For me though, when it comes to mac and cheese, I'll take all the adopted aunties I can get!
Labels: article aunt lynn blog blogger danielle burris ebony burris food food blog food critic foodie mac attack macaroni and cheese nc north carolina salisbury foodie salisburyfoodie talisha crowder
Location: Spencer, NC, USA 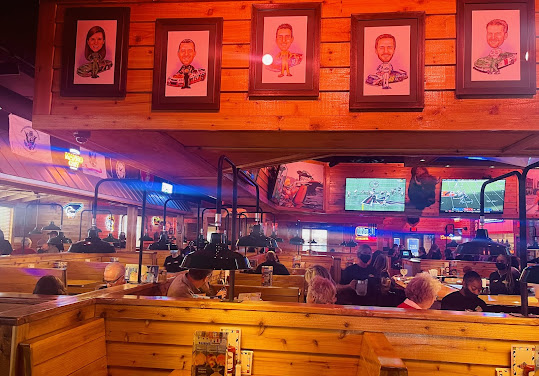 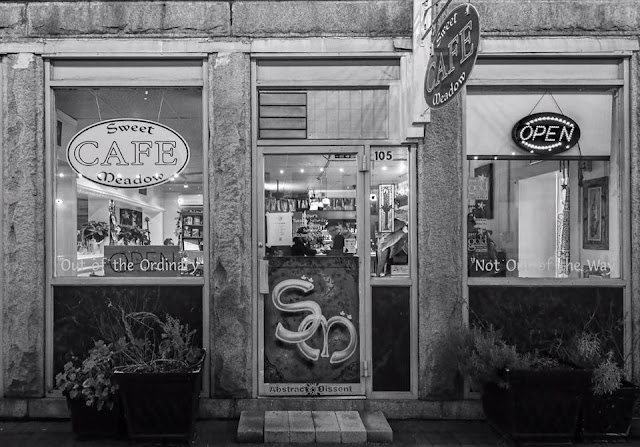 Sweet Meadow, where locals do brunch

The Salisbury Foodie
Hi, I'm the Salsibury Foodie and I love supporting small businesses and local restrauteurs in and around Rowan County, North Carolina. Follow along with me and learn to live like the locals do as I share with you some of Rowan's best hidden secrets.